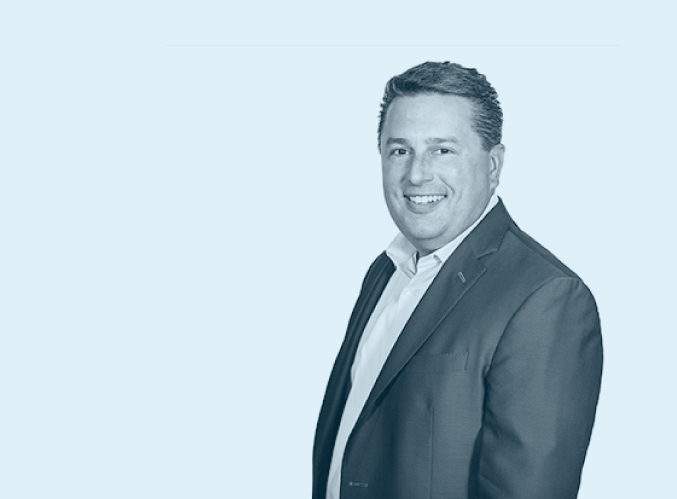 Joe Carfagna Jr. is the president and CEO of Leading Edge with sales, technical, and consulting functions reporting to him. Leading Edge draws upon his judgement and experience to navigate the present, consider the future, and make the best decisions for the company. Joe is known for his get-it-done attitude, his professionalism, and his high ethical standards. He is an enthusiastic manager, a seasoned salesman, and an aviation expert.

Joe graduated from the University of Delaware with a bachelor’s degree in business administration in 1991. Shortly thereafter, Joe joined the team at Wings Aviation International, a predecessor company to Leading Edge. During his years with Wings Aviation International and Leading Edge, he has purchased, brokered, and sold most types of small, mid, and large cabin corporate aircraft. He has in-depth knowledge of most of the corporate jet markets and has sold or acquired models of King Air, Citation, Learjet, Embraer, Hawker, Falcon, Challenger, Global Express, and Gulfstream aircraft.

Joe was a member of the National Business Aviation Association’s Advisory Council from 2013 through 2019 serving two terms. The Advisory Council is made up of NBAA members who provide goods and services to the greater NBAA membership base. Joe represents the Corporate Aircraft resale segment of the industry. The Advisory Council serves as a sounding board to the NBAA for grassroots information about what is happening in each segment of the industry, and it is called upon to help rally the industry for causes important to the future of business aviation. Joe has not only made the speaking circuit at some NBAA events, he has also been featured on numerous panels at manufacturing, industry suppliers, and bank-related industry events. Joe became a board member of the International Aircraft Dealer’s Association (IADA) in 2019.

Joe has a wife,and two children.  He is actively involved with various organizations in his New Jersey community. Joe has served as a Board Member of Cornerstone Family Programs since 2010. CFP is based in Morristown and, among other things, it operates the Neighborhood House. The Neighborhood House offers preschool, after-school, and summer programs, as well as meals for disadvantaged kids in the Morristown area. See more information here:https://www.cornerstonefamilyprograms.org/

Joe served on the board of Mendham Little League for one year as the VP overseeing the town’s girls’ softball program.  Joe has coached and managed baseball and softball for his children’s teams for nine seasons.

He has been an avid classic car collector since a young age. He now has numerous cars, primarily American cars with lots of chrome and tail fins built in the 1950’s and 1960’s. He is a member of the Antique Automobile Club of America as well as several other organizations within the hobby. He has attended the AACA Fall Meet in Hershey religiously every year since 1988.